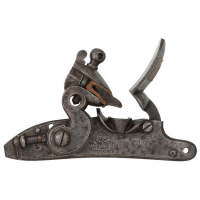 I've been intrigued by the panoramic cameras for a while but just never pulled the trigger on one. I got a P120i last week so I stuck it out behind the house to test it out.

I will admit, it's really nice being able to see that much territory on a picture. I've been dabbling in photography for years and have stitched a bunch of panos together in my life. Without some post processing, it's really difficult to get it perfect. That being said, it seems to blend the two pictures pretty well for an in-camera process.

One of the big challenges with panoramic images is the focus range since you're trying to keep a LOT of items in focus at one time. Not real sure what the aperture is set at but it must be pretty small. As you can see on the image below, the squirrel at a couple feet is still in focus as are the trees in the background. That's a big deal. I'm sure it slows down the shutter a good bit to get that DOF but it's worth it in my opinion.

Something to consider: It's a big file so if you were to hook it up to a modem, (which I plan to do at some point) you may burn through more data than with a traditional cam.

The menu is very similar to all Moultrie cameras and the build/structure of the camera is solid. I had to look up the camo name for this model and it's called "Moultrie Bark" camo. I will say, I really like it! I had it strapped to a yellow pine and it blended in beautifully. That's a nice bonus.

Side note: The Moultrie feeder in the picture has been hanging there for 3 years or so, all year round without any issues.

All that being said, I like it and plan to hook it up to a modem at some point. It will be great to put on a big, mature oak flat.

Hope that helps anyone looking at this camera.